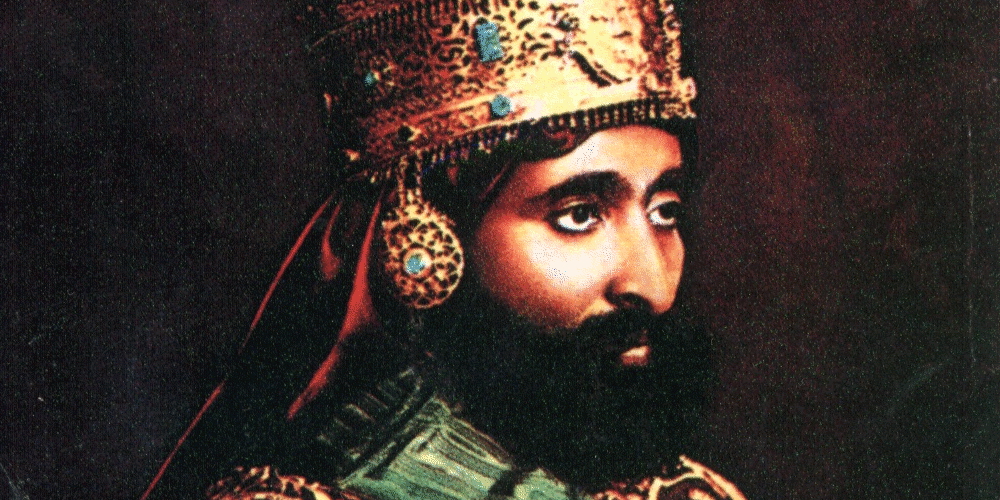 His Imperial Majesty, Emperor Haile Selassie I. King of Kings, Lord of Lords, Conquering Lion of the Tribe of Judah.

In this series of articles, we will offer a quick introduction to a few of the prophecies fulfilled by Haile Selassie. This article revolves around His eligibility through the Throne of David.

O n November 2nd, 1930, an event which is considered the most sacred occurrence in Rastafari history took place. The event was the Coronation of His Imperial Majesty Haile Selassie I as Emperor of Ethiopia, and His wife as Empress. Dignitaries from major nations throughout the world traveled to Addis Ababa, the capital city of Ethiopia, to be spectators at this historic event. There, they witnessed Haile Selassie I assume the Biblical titles, "King of Kings," and "Conquering Lion of the Tribe of Judah," among others. It was at this moment that Rastafarians noted the fulfillment of a famous prophecy:

"Weep not. Behold! The Conquering Lion of the Tribe of Judah, the Root of David, has prevailed to open the scroll and loose the seven seals thereof." - Revelation 5:5

His Coronation was but one of many instances in the life and reign of Haile Selassie I where the unfolding pages of history coincided mystically with the ancient pages of Biblical prophecy. These instances highlighted both the Prophetic and Messianic role His Majesty came to embody for Rastafarians, for African nations newly emerging from the colonial era, and for the world.

King David is the most renowned monarch of the Bible. During his lifetime, he presided over the unification of the 12 Tribes of Israel into a single, powerful kingdom, thus bringing peace to the region. David is also credited as having authored much of the Book of Psalms. His son and successor, Solomon, was gifted with incredible wisdom. It was during the reign of King Solomon that the first Temple was constructed in Jerusalem, to house the Ark of the Covenant.

In the Old Testament of the Bible, also known as the Tanakh, there are a number of passages related to the promised Messiah (Hebrew: Mashiach) who would come for the redemption of the world. One of the preconditions for this coming Messiah was that he must be descended from King David, through his son King Solomon. 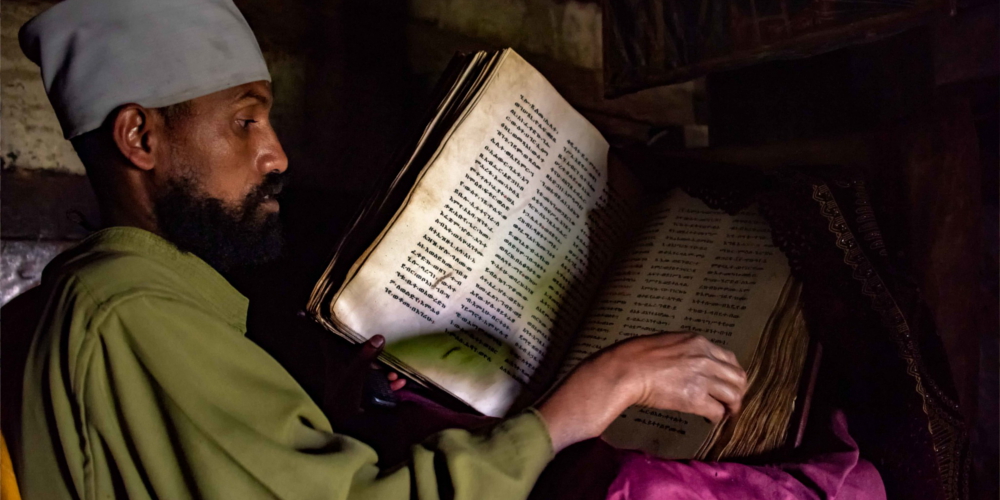 "Behold, a son will be born to you… his name shall be Solomon, and I will give peace and quiet to Israel in his days. He shall build a house for My name, and he shall be My son and I will be his father; and I will establish the throne of his kingdom over Israel forever." - I Chronicles 22:9-10

During the reign of King Solomon, the Bible recounts a story that has become an integral part of the national heritage of Ethiopia. This story is recounted at length in the Kebra Negast (or, "Glory of the Kings"), an Ethiopian holy book, and briefly in the Biblical books of I Kings and II Chronicles:

"And when the Queen of Sheba heard of the fame of Solomon concerning the name of the LORD, she came to prove him with hard questions … and when she was come to Solomon, she communed with him of all that was in her heart… And King Solomon gave unto the Queen of Sheba all her desire, whatsoever she asked, beside that which Solomon gave her of his royal bounty." - I Kings 10:1-2, 13 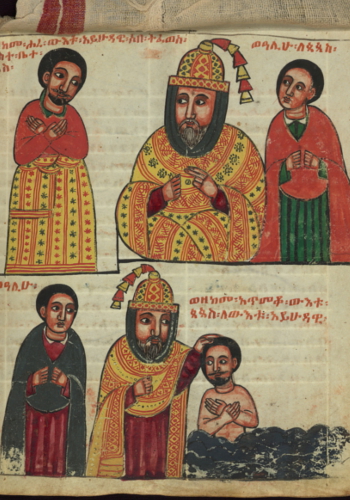 As a result of this meeting, the Queen of Sheba would become pregnant by King Solomon. Traveling back to her nation, which encompassed the modern land of Ethiopia, she resumed her role as Queen and gave birth to a son: Menelik I. When he reached the age of maturity, Menelik traveled to Jerusalem to visit his father. There, Solomon pleaded with his son to stay in Israel and take his rightful place as heir to the throne. However, because Menelik made an oath to his mother, he was unable to remain in Israel.

Instead, the Kebra Negast recounts that King Solomon had Menelik anointed as King in the Temple. Having anointed him with the oil of kingship, Solomon sent him back to Ethiopia with members of his own Kingdom to establish the Davidic Throne there. This is the lineage which has endured thousands of years of history and remains intact in modern times with the well-known legacy of the Ethiopian Jews, His Imperial Majesty , and the Crown Council of Ethiopia.

2. Sit Upon the Throne of David

There are a number of passages in the Bible that speak of the coming Messiah as a man who would sit upon the throne of David through his son Solomon. But according to the Biblical account, the last descendant of King David to reign in the land of Israel was King Zedekiah.

During Zedekiah's reign, the Kingdom of Judah was conquered by the Babylonians and the Temple of Solomon destroyed. Afterwards, the heirs of Zedekiah were executed. Ever since that time, a Davidic King has not ruled in the land of Israel. But there's a problem with this. The Bible clearly promises the Davidic Kingdom shall be established forever, and cannot be without successors. 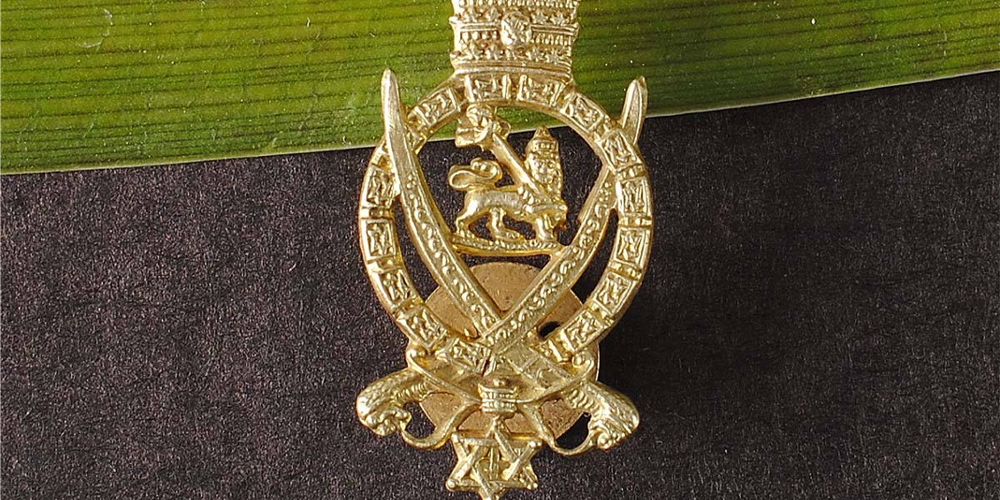 " For thus said the LORD: There shall never be an end to men of David's line to sit upon the throne of the House of Israel." - Jeremiah 33:17

The carefully chosen wording of this prophecy is important. And it has proven to be correct. Through the lineage of King Menelik I, who was anointed King by his father Solomon, the House of David has, for the past two-thousand years of history, continued in Ethiopia. The Kings of the royal line have carried on the ancient customs of their Hebrew ancestors through an unbroken genealogy. Culminating in the arrival on November 2nd, 1930 of His Imperial Majesty, Emperor Haile Selassie I.

In the next articles, we will discuss prophecies fulfilled by His Majesty's Coronation, His Speeches to the League of Nations and United Nations, and the gathering of the Lost Tribes of Israel. 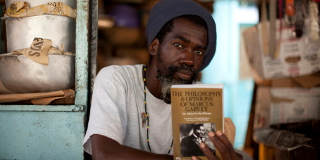 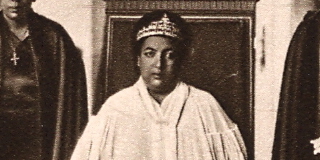